Until last week, True Lies remained an overlooked item on Arnold Schwarzenegger’s and James Cameron’s long résumés. Hollywood poured $120 million (an astronomical sum at the time) into this overbearing, overlong action-comedy. It saw astronomical success at the time, but now, absent from streaming services, it remains the stuff of mothballed DVD boxes in attics everywhere. Schwarzenegger played Harry Tasker, a federal agent and one of the deadliest spies in the world… without telling his wife Helen (Jamie Lee Curtis) or his daughter Dana (Eliza Dushku). Harry’s family learns about his double-life when a Palestinian terrorist organization threatens him.

True Lies reentered the public consciousness a few days ago, when Dushku came forward with her harrowing story of sexual assault at the hands of stunt coordinator Joel Kramer. Two other women have since made similar allegations. I believe all three accusers. I also find it bitterly appropriate that the most high-profile allegation concerns this film, which displays with a straight face all the things wrong with toxic masculinity and jingoism. If this film could walk and talk, it would hate women and minorities. 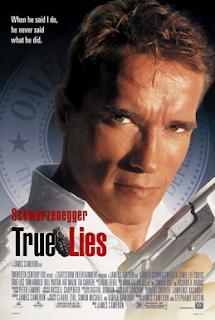 As someone with a longstanding, if morbid, fascination with wrestling, I find this news exciting in the extreme. After having written a two-part analysis of pro-wrestling Middle Easterners for Front Row Central, I can only hope this serves as a sign that WWE will outgrow the racism that suffuses professional wrestling. I doubt it, but hey, no law against hoping!

They say everyone remembers when they heard about JFK’s assassination. Everyone remembers the morning of September 11, 2001. And I will remember today, the day Donald Trump became president. Because I, an Arab in Trump’s America, feel terrified. If you don’t understand why, then Sam Kadi’s 2013 drama The Citizen will help. 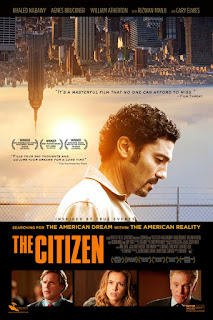 We Americans have automated and commodified war. We’ve done this so thoroughly that even out of the meager 12% of Americans who can even find Afghanistan on a map (26% for Iran), our instincts cause us to dismiss Iran and Afghanistan as those places we want to raze because “they hate us.” But what if someone in Iran or Afghanistan wants to make life better for both Americans and Iranians, but repressive cultural traditions, a totalitarian government, and the constant threat of suicide bombers reduces her to a statistic before she even can?

Sonita, a documentary by Rokhsareh Ghaemmaghami (who comes to play an active role) tells the powerful story of Sonita Alizadeh, a budding Iranian rapper whose socially conscious lyrics aim to end the tradition of forced marriages and the struggles of families living in abject poverty. For any of a dozen reasons—none her fault and few under her control—Sonita could have become a statistic, just another battered teenage housewife of a wealthy Afghan man, a living deed sold off by her own family, for the price of a used car, so they could put food on the table or afford a daughter-in-law of their own. Through a long succession of miracles—including the creation and release of this film (courtesy of the feminist non-profit Women Make Movies)—Sonita has a chance to take control of her life and to make a difference for the people of Iran. 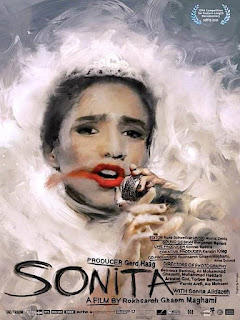 William Friedkin’s To Live and Die in L.A. inspired me to start Turban Decay. Growing up Arab in rural America meant (among many, many other things) that seeing any images of “people like me” in a film felt like finding Waldo. I’d just feel so excited at seeing anyone in any film from the same part of the world as my ancestors.

Then I watched To Live and Die in L.A., a movie that opens with Friedkin using the language of film to sing the praises of Ronald Reagan and his tough talk on taxes. Before the film’s actual plot even started, an Arab showed up for a handful of seconds only to summarily detonate himself. It hit me that what I just saw has become not the exception but the rule. I’d feel so excited about representation that I willed myself to ignore the hateful propaganda within. I might feel different if much had changed for racial politics in the 31 years since its release, but, well, Donald Trump.… 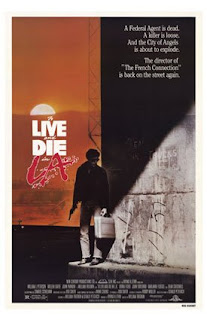 Yes, I know I haven’t updated this blog in months. Sorry. I have a day job. Now that we have that out of the way, let’s do this.…


My girlfriend recently talked me into hate-watching God’s Not Dead. I really didn’t want to. Frankly, only one thing about this turkey ever interested me: the irony that this film exists to gainsay atheists… but technically, atheists agree with the title. Of course, the film fully lived down to my expectations of wholesale incompetence. God’s Not Dead probably unseats Buffalo ‘66 as the most spectacularly oblivious display of psychological projection in film history. 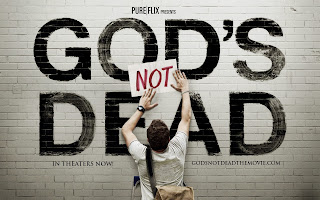 As of this writing, the recent terrorist attacks in Paris have claimed over 100 lives and left over 300 people injured. Pols and pundits have already come out of the woodwork to use this tragedy as an excuse to spread their own agendas, to spread otherization and hate. But as Martin Luther King famously said, “Hate cannot drive out hate. Only love can do that.” More to the point, by hating Muslims, we give ISIS exactly what they want. Like any person with an ounce of humanity, my heart goes out to the victims, their families, and the city of Paris (as well as the victims of the bombings in Beirut). In that spirit, let’s counter that hate with love, as embodied in the anthology film Paris, je t’aime. 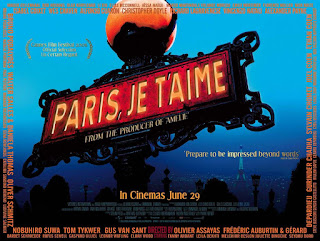